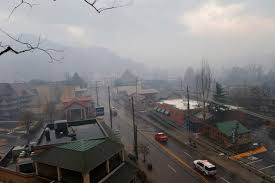 You know why I love the Bible? Because it’s so real. There’s a lot of fog rolling into Job’s life, just as in our lives. On this earth nobody “lives happily ever after.” That line is a huge fairy tale. You’re living in a dream world if you’re waiting for things to be “happy ever after.” That’s why we need grace. Marriage doesn’t get easier, it gets harder. So we need grace to keep it together. Work doesn’t get easier, it gets more complicated, so we need grace to stay on the job. Childrearing doesn’t get easier. You who have babies one, two, three years old—you think you’ve got it tough. Wait until they’re fourteen. Or eighteen. Talk about needing grace!

I’ll be painfully honest here. If I called the shots, I would have relieved Job five minutes after he lost everything. I’d have brought all his kids back to life the very next day. I would have immediately re-created everything he lost, and I would really deal with those sorry comforters! I’d have cut the lips off of Eliphaz after about three sentences. And if that didn’t stop him, I’d take the neck. I mean, who needs that clod? But you know what? You would never mature under my kind of treatment. You’d just enjoy the comfort. We’d all go to picnics then on a motorcycle ride and have tons of fun. That’s my style. Which explains why Cynthia says to me, “Honey, if everybody handled things like you wanted, all we’d bring to the party is balloons. Nobody would think to bring the food.” As usual, she’s right.

So, the fog’s rolled in. As all hell breaks loose, grace takes a hike. Welcome to the human race, Job. But the wonderful old song says,

Thru many dangers, toils and snares,
I have already come;
‘Tis grace hath brought me safe thus far,
And grace will lead me home.1

That’s the ticket. Even in the fog, grace will lead us home.