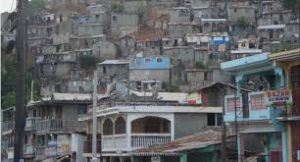 Colorado pastor Mike Paulison, who’s made many mission trips to Haiti to build and maintain an orphanage, shares about prayer’s power:
“On one trip, we were bringing large items that could’ve been problematic, because in Haiti customs officials often make up their own rules. We urged our prayer-support team back home to be praying as we went through customs. But when a storm delayed our flight from Miami for two hours, the schedule was off. We encouraged one another, saying at least prayers had been lifted. Later, on the plane to Haiti, I noticed I’d made a mistake on the schedule. It was off by exactly two hours. The supporters were actually praying the very moment we landed in Port-au-Prince!

“In line at customs, we watched officials opening luggage. But by the time we got to the front, the inspectors were gone, and we were allowed to walk into the country. We experienced firsthand the promise in Daniel 11:32b (KJV): “but the people that do know their God shall be strong, and do exploits..”