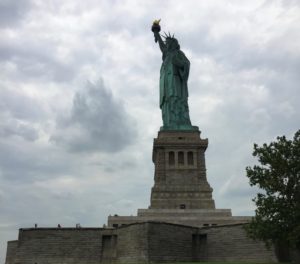 In New York harbor stands the Statue of Liberty. This world-renowned icon symbolizes the freedom that Americans cherish. Though we have been blessed to live in the “land of the free,” many of our citizens are still held captive by sinful habits and mindsets.

A country’s liberty usually depends upon military might and governmental decrees. However, personal freedom has to do with a decision to protect the heart, mind, and body from evil influences. In a nation built upon independence, we call ourselves “free” as long as we aren’t incarcerated or somehow prevented from pursuing our interests. But is the man bent upon revenge “liberated”? Is the woman addicted to painkillers “free”?

The enemy’s arsenal contains all kinds of temptations that shackle one’s time and attention. The need to attend to these habits, substances, and attitudes consumes a person and draws his or her focus away from God. Then, as the devil distracts, he also employs one of his greatest deceptions: convincing people that their chains don’t really exist. He teaches them how to rationalize (“Just a little won’t hurt”) and outright deny (“I can stop anytime I want”).

According to the Bible, men and women are either slaves of God or slaves to sin (Rom. 6:16). There is no middle ground. The latter serve Satan by feeding their own selfish impulses. Meanwhile, the “slaves of God” enjoy true freedom. They honor the Lord by keeping away from those things that imprison the body, emotions, or thoughts.