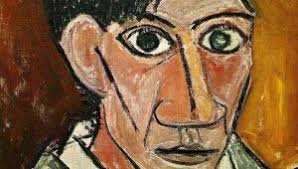 23 And whatsoever ye do, do it heartily, as to the Lord, and not unto men;

24 Knowing that of the Lord ye shall receive the reward of the inheritance: for ye serve the Lord Christ.

Pablo Picasso, the great Spanish painter and sculptor, once said this about his ability: “My mother said to me, ‘If you become a soldier, you’ll be a general; if you become a monk, you’ll end up as Pope.’ Instead, I became a painter and wound up as Picasso.” No lack of confidence here!

But he would have agreed with Abraham Lincoln. “Whatever you are,” said Lincoln, “be a good one.” He demonstrated the wisdom of that advice with his own life.

I think it helps to remember that excellence is not a place at which we arrive so much as a way of traveling. To do and be our best is a habit among those who want to live well.

Viennese-born composer Frederick Loewe, whom we remember from his musical scores that include “My Fair Lady,” “Gigi” and “Camelot,” was not always famous. He studied piano with the great masters of Europe and achieved huge success as a musician and composer in his early years. But when he immigrated to the United States, he failed as a piano virtuoso. For a while he tried other types of work including prospecting for gold and boxing. But he never gave up his dream and continued to play piano and write music.

During those lean years, he could not always afford to make payments on his piano. One day, bent over the keyboard, he heard nothing but the music that he played with such rare inspiration. When he finished and looked up, he was startled to find that he had an audience – three moving men who were seated on the floor.

They said nothing and made no movement toward the piano. Instead, they dug into their pockets, pooled together enough money for the payment, placed it on the piano and walked out, empty handed. Moved by the beauty of his music, these men recognized excellence and responded to it.

Whatever you are, be a good one. Because if you believe that what you do is of value, then, at least in the important things, you and I can’t afford to be content with mediocre output. Like Albert Einstein said: “We have to do the best we can. This is our sacred human responsibility.”

And when you choose the path of excellence through this life, then like Frederick Loewe, you may find encouragement from unexpected sources. And it will have been worth it. —Steve Goodier

Used by permission of  Steve Goodier