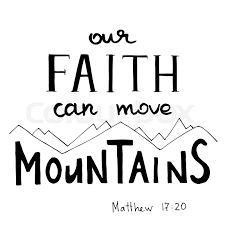 The prophet Elisha’s servant, Gehazi, was the bearer of news the Syrian officer, Naaman, did not want to hear. As a result, Naaman threw a fit. But do you know what later happened to Naaman? He finally did precisely what he was told to do, and he received the miraculous result he had been promised (2 Kings 5:14).

Unlike many people whom you and I may help, Naaman returned to thank Elisha and Gehazi. He was so overwhelmed, he offered a sizable gift of gratitude. Elisha refused any tangible thank you (5:15–19). But that’s not the end of the account. Naaman offered Gehazi a gift as well. Deep within the heart of Elisha’s servant crouched a silent beast of the soul. It is perhaps the most subtle peril every servant of God must endure: hidden greed.

This is the secret, smoldering desire to be rewarded, applauded, and exalted. Elisha said, “No.” No way did he want the soldier ever to say, “Elisha did it for what he would get out of it,” which prompted the prophet to respond as he did—”I will take nothing” (5:16). But Gehazi was cut from another piece of cloth. Maybe he was weary of feeling used and unappreciated, or perhaps he had had enough of just getting by on a shoestring. Whatever his reasoning, he possessed some pretty strong feelings, since he second-guessed Elisha’s decision (5:20), falsified the story when he met up with Naaman (5:22), and attempted to cover his tracks when he later stood before his master (5:25). Gehazi’s end was tragic.

Exposed and sternly judged, Gehazi experienced a horrible punishment—leprosy (5:25–27). Gehazi had not only gone against the decision of the prophet, he had lied to him when confronted with his deeds.

The servant was accountable! Accountability is essential in order for any servant of God to remain pure and pliable clay in the Master’s hand.

Frankly, I’m grateful such extreme consequences don’t happen to us today when our motives are wrong. If they did, churches would be full of people with leprosy.