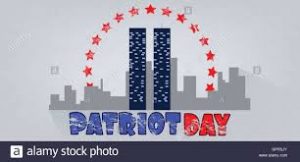 A Day of Remembrance

On December 18, 2001, Congress approved a joint resolution designating September 11 of each year as “Patriot Day.” It’s a day to remember the more than 3,000 innocent lives lost on that September morning in 2001.

The resolution requests that each year the President issue a proclamation calling on the American people and state and local governments to observe the day with appropriate programs and activities. Those activities include remembrance services, candlelight vigils, moments of silence, and flying the American flag at half-staff.

In his 2003 proclamation President Bush said, “On that day, and in its aftermath, we saw the greatness of America in the bravery of victims; in the heroism of first responders who laid down their lives to save others; in the compassion of people who stepped forward to help those they had never met; and in the generosity of millions of Americans who enriched our country with acts of service and kindness.”

Keep them all in your prayers this Patriot Day.