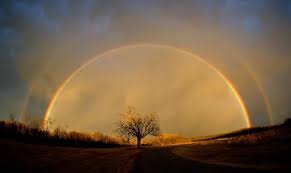 Proverbs 14:32 The wicked is driven away in his wickedness: but the righteous hath hope in his death. 33 Wisdom resteth in the heart of him that hath understanding: but that which is in the midst of fools is made known

In these verses, the book of Proverbs continues to contrast the fate of the wicked, who are fools, versus the righteous, who are wise. We see in verse 32 that the wicked person is destroyed by his own evil doings, as men reap what they sow. The righteous have an entirely different fate. When we belong to God and are “born again,” even when we face death, we do not have to be afraid. The One who has conquered death is with us, as we make the transition from this life to heaven. The most wonderful promise that belongs to every Christian is that we shall not taste death. Yes, our body dies, but the spirit of every believer in Jesus Christ lives on, and will meet Jesus and their loved ones who know Him in heaven. Then, at the resurrection of the dead, we shall rise and receive our new immortal bodies.

In the New Testament, there is the story of a man named Lazarus, who had two sisters named Martha and Mary. Lazarus became ill and died. Martha and Mary had summoned Jesus to come and pray for him so he would be healed; however, Lazarus died before Jesus got there. He had been dead for four days and placed in a tomb when Jesus arrived.

John 11:21-27:
21 Then said Martha unto Jesus, Lord, if thou hadst been here, my brother had not died.
22 But I know, that even now, whatsoever thou wilt ask of God, God will give it thee.
23 Jesus saith unto her, Thy brother shall rise again.
24 Martha saith unto him, I know that he shall rise again in the resurrection at the last day.
25 Jesus said unto her, I am the resurrection, and the life: he that believeth in me, though he were dead, yet shall he live:
26 And whosoever liveth and believeth in me shall never die. Believest thou this’
27 She saith unto him, Yea, Lord: I believe that thou art the Christ, the Son of God, which should come into the world.

Jesus, in these outstanding verses, displayed his power over death, as He called Lazarus out of the tomb and raised him from the dead.

John 11:39-45:
39 Jesus said, Take ye away the stone. Martha, the sister of him that was dead, saith unto him, Lord, by this time he stinketh: for he hath been dead four days.
40 Jesus saith unto her, Said I not unto thee, that, if thou wouldest believe, thou shouldest see the glory of God’
41 Then they took away the stone from the place where the dead was laid. And Jesus lifted up his eyes, and said, Father, I thank thee that thou hast heard me.
42 And I knew that thou hearest me always: but because of the people which stand by I said it, that they may believe that thou hast sent me.
43 And when he thus had spoken, he cried with a loud voice, Lazarus, come forth.
44 And he that was dead came forth, bound hand and foot with graveclothes: and his face was bound about with a napkin. Jesus saith unto them, Loose him, and let him go.
45 Then many of the Jews which came to Mary, and had seen the things which Jesus did, believed on him.

As God’s children, we can rejoice knowing that we too, have overcome death through Jesus Christ. He has conquered death and hell for us who believe on Him. Praise God!