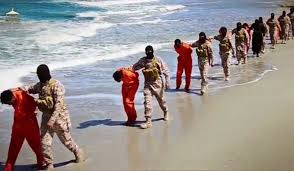 Big hearted, loving, caring, sacrificial servants of the living God have known how it is to be treated badly down through the centuries. The consequence of serving is no new phenomenon. It goes a long way back in time.

I’m not aware of a more moving section of Scripture than these verses out of Hebrews 11, which declare the reality of the consequences of serving, How some women, through faith, received their loved ones back again from death. But others trusted God and were beaten to death, preferring to die rather than turn from God and be free, trusting that they would rise to a better life afterwards. Some died by stoning and some by being sawed in two; others were promised freedom if they would renounce their faith, then were killed with the sword. And these men of faith, though they trusted God and won his approval, none of them received all that God had promised them.
Tortured. Rejected. Threatened. Hungry. Sick. Martyred. People who were “too good for this world” were kicked around like big rag dolls . . . even though they gave and they served. If it happened to them—need I say more? Yes, maybe I should. Many a Christian, regrettably, is sidelined today, eaten up by the acid of resentment and bitterness, because he or she was mistreated after doing what was right. My hope for you is that you will be preserved from the paralyzing sting of bitterness and disappointment.