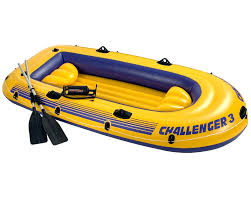 When I was a teenager, I went to Florida with my older brother, so I could keep his kids for him and his wife to go out at nights. During the day I stayed on the beach, there I met a boy and we struck up a friendship. One day we pooled our money and rented a raft. After an hour or so drifting and soaking in the sun, we realized that we had gone out of sight of land. We both were afraid, we noticed that most small boats kept traveling in the same direction, we paddled in that direction, after a few mintues, Land!

Spiritual drifting–the gradual wandering away from God and His will–takes place when a believer ceases to steer toward the Lord. Like an empty boat set loose upon the waters, he or she makes a slow and lazy glide away from good practices like disciplined obedience, regular Bible study, prayer, and assembling with fellow Christians. And there are consequences for casting yourself on uncharted and dangerous waters.

A life adrift is outside of God’s will and therefore in sin. The Holy Spirit pricks a believer’s conscience to send a message when he is off course, but the drifter is prone to ignore such warnings. If a Christian continually excuses his wandering ways and denies sin, then his conscience gradually numbs. A person who becomes desensitized to wrongdoing has paved the way for more sinful behavior with less guilt. Can you imagine a more dangerous situation?

As the drifting believer’s conscience becomes anesthetized, his spiritual ears are also deadened–truth cannot gain entrance because he has invited wrong attitudes and philosophies into his thinking process. What’s more, his heart hardens to the things of God. Shrinking away from testimonies about divine power, grace, and mercy, he avoids situations that might reawaken the conscience and stir his spirit to repentance.

People drift from God in search of more–more freedom, choices, and pleasure. But since the consequences are a hard heart, a numb conscience, and dead ears, what they end up with is less. The drifting believer sacrifices the victorious life in Christ for an existence devoid of permanent satisfaction.