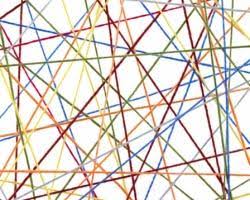 EAST TO WEST, NORTH TO SOUTH

Psalm 103:12 – As far as the east is from the west, so far hath he removed our transgressions from us.
Today, one of my teachers spoke of this beautiful truth, so I thought I would share it with you. This verse holds the beautiful truth that Christ removes are sin far from us. But think about how far this really is. He didn’t say the north and south. Eventually, if you travel on this earth, you will come to the point where you are going south. Then, when you come around again you will meet the north because the earth is a sphere.
But God chose the words “east” and “west.” The east and the west will never touch. You can keep going around the earth in an eastward direction and you will never touch west. The same is true if you travel the opposite direction. You have to physically turn around if you want to go the other direction.
This is how far God separates our sins from us. They can’t be reached. Yes, we will make mistakes and sin again because we are human. But God forgives when we ask Him too. And if you know Christ as your personal Savior, His precious blood has already covered yours sins past, present, and future. That gives us every reason to live for Him!
So next time you travel east or west, think about the vastness of God’s forgiveness. Think of the beautiful truth of this verse, and thank Him for what He has done for you.