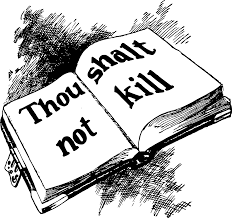 What the Law could not do, weak as it was through the flesh, God did: sending His own Son in the likeness of sinful flesh and as an offering for sin, He condemned sin in the flesh

THE Law, since it has only a shadow of the good things to come and not the very form of things, can never by the same sacrifices year by year, which they offer continually, make perfect those who draw near. Otherwise, would they not have ceased to be offered. — Through Him everyone who believes is freed from all things, from which you could not be freed through the Law of Moses.
Since then the children share in flesh and blood, He Himself likewise also partook of the same, that through death He might render powerless him who had the power of death, that is, the devil and might deliver those who through fear of death were subject to slavery all their lives. For assuredly He does not give help to angels, but He gives help to the descendant of Abraham. Therefore, He had to be made like His brethren in all things, that He might become a merciful and faithful high priest in things pertaining to God, to make propitiation for the sins of the people.
preceptaustin