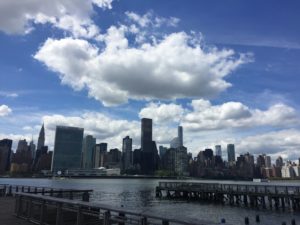 “Exercise thyself rather unto godliness: for bodily exercise profiteth little; but godliness is profitable unto all things, having promise of the life which now is, and of that which is to come.” 1 Timothy 4:7b-8

THE RELATION of the body to religion has always engaged the attention of thoughtful religious men. Human opinion has oscillated between two extremes. On the one hand, some have considered that the body was the seat of sin, and have set themselves to degrade and debase it with every indignity and torture. This conception has influenced devoutly-intentioned people in the East, and also in Western monasticism. But sin must be dealt with in the heart and soul, where it has its inception and spring. It is easy to macerate the body, whilst the pride of self-mortification is undetected. If we deal with bad thought and evil suggestion, we shall not have so much trouble with the body, which is only the dial-plate, registering the workings within. The other extreme was represented in the Greek religion. The temples that stand in ruins: the superb works of art which have survived the wreck of centuries; its poetry and literature, sustain and illustrate the supreme devotion of the Greek mind to beauty. The Christian position differs from both. To us the body is the temple, the instrument, the weapon of the soul. The Holy Spirit quickens our mortal body by His indwelling, and in the faces and lives of holy men and women we may trace the growing results of the inward power and beauty of pure and undefiled religion. It is good to care for the body, but only as we should care for a complex and fine piece of machinery which is to serve us. There are gifts in us, which we must not neglect, or it will go hard with us when we meet our Master, who entrusted them to our stewardship. Probably the trials and temptations of life are intended to give us that inward training which shall bring our spiritual muscles into play. In each of us there is much unused force; many moral and spiritual faculties, which would never be used, if it were not for the wrestling which we are compelled to take up with principalities and powers, with difficulty and sorrow. The Apostle bids us take heed to ourselves, and to live in the atmosphere of uplifting thought and of self-denying ministry.