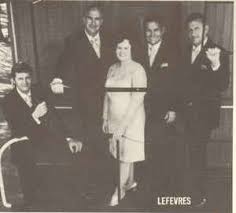 When his mother, Eva Mae Lefevre asked Mylon to join the family for a concert in Memphis and sing his new song, Without Him, he had no idea that Elvis Presley would be in the audience, and would ask to meet him and record his song.

Without Him was recorded by Elvis Presley in 1963, and within the next year, 126 artists had recorded Mylon’s songs.

In his secular career, he recorded, toured or hung out with many Rock and Roll artists. In the early 1970’s, after using drugs for 10 years, he nearly died from a heroin overdose. Determined to put his life back together, he spent time in a rehab facility and then slowly began his return to the Christian faith.

In 1980, Mylon again “committed [his] life to Jesus”, quit secular rock and roll and became a janitor at his church (Mt. Paran Church of God), in Atlanta, Georgia. He started a Christian band named Mylon and Broken Heart in 1981, with some musicians he met in a Bible study.

Later, Mylon became a preacher and teacher, and his recordings focused on worship and praise music. He and his wife Christi minister in about 75 churches a year. He has also spoken at motorcycle rallies, NASCAR owner/driver chapel services, NFL and NBA chapel services, and in the former Soviet Union, Australia, Canada, the Philippines, Cayman Islands, and Mexico.

He currently travels around the United States, ministering, teaching and singing. He sometimes can be seen on television networks, such as TBN and Daystar.

Without Him,  By Mylon Lefevre

Without Him I could do nothing,

Without Him I’d surely fail;

Without Him I would be drifting,

Do not turn Him away!

Without Him, I would be dying,

Without Him I’d be enslaved;

Without Him life would be hopeless –

You can’t turn Him away!