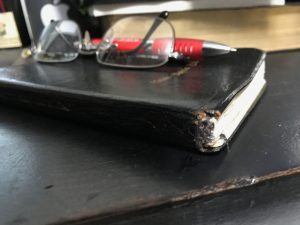 Thanks Dean Robertson for this article.

C.H. Spurgeon once made the statement: “Brethren, we shall not adjust our Bible to the age, but the age to the Bible.”

We are living in a day and age where man is taught to think good thoughts, high thoughts, wonderful thoughts about himself. Within the last 20 years or so there has been a covert invasion in Christianity in America without hardly a whimper of protest. This invasion can best be described as “Christian” psychology, which is nothing more than watered-down humanism. While there are millions of people searching for answers to their complicated problems created by their increasingly complex lives, psychology comes along and attempts to answer and solve man’s sin problems and its consequences through the building up and restoration of man’s self-esteem and self-image. We are told today to get in touch with our inner self and ask the question: “How do you feel about yourself?” The bottom line is, it doesn’t amount to a hill of beans what we think or feel about ourselves, but what does the Bible say and teach.

This matrimony between psychology and Christianity has created an unholy alliance which is producing some strange children that are permitting, promoting, and preaching deceiving, dangerous, and damnable false doctrines. This diabolical psychobabble of self-love is sweeping through churches today among self-seeking men in a self-centered society whose greatest problem is a desire to worship at the altar of self. The apostle Paul warned us that one of the characteristics of the last days would be that “men shall be lovers of their own selves” (2 Tim. 3:2).

I’m afraid many so-called fundamental/evangelical churches and preachers have fallen into the trap of teaching this mushy self-worth propaganda that seeks to camouflage itself in robes of charity and tolerance. Churches and preachers alike are abandoning their God-called purpose of holding up the mirror of God’s Word and graphically revealing to man what he really looks like in the sight of a holy God. The missing message in modern-day preaching is the Biblical doctrine of repentance, where a sinner is convinced and convicted of his exceeding sinfulness and lost condition.

When the very Son of God, the Lord Jesus Christ, appeared upon the scene in His public ministry, He came preaching the narrow and exclusive doctrines of repentance and faith. If Jesus felt compelled to preach such a message before a lost and dying world, so should we. Galatians 1:6-9 teaches that there is only one gospel, and if any gospel message leaves out the doctrine of repentance or faith or both, you can be assured it is a false gospel.

The words “repent,” “repentance,” and “repented” are mentioned over 100 times in the Bible. There has been a lot of misunderstanding and confusion over what the word repentance means. When the word “repent” is used in the Word of God in the context of Biblical salvation, it is referring to a truly God-given, Spirit-led change of heart and mind toward God about sin.