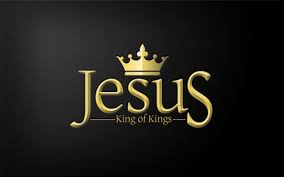 “Even from the days of your fathers ye are gone away from mine ordinances, and have not kept them. Return unto me, and I will return unto you, saith the LORD of hosts. But ye said, Wherein shall we return?”  Malachi 3:7

“Let the wicked forsake his way, and the unrighteous man his thoughts: and let him return unto the LORD, and he will have mercy upon him; and to our God, for he will abundantly pardon.”  Isaiah 55:7

God sent the prophets to His children pleading with them to return to Him.  We find this same thought in II Chronicles 7:14.  “If my people, which are called by my name, shall humble themselves, and pray, and seek my face, and turn from their wicked ways; then will I hear from heaven, and will forgive their sin, and will heal their land.”  All of these are in the Old Testament but we find the same idea in the teachings of Jesus.

“11  And he said, A certain man had two sons: 12  And the younger of them said to his father, Father, give me the portion of goods that falleth to me. And he divided unto them his living. 13  And not many days after the younger son gathered all together, and took his journey into a far country, and there wasted his substance with riotous living. 14  And when he had spent all, there arose a mighty famine in that land; and he began to be in want. 15  And he went and joined himself to a citizen of that country; and he sent him into his fields to feed swine. 16  And he would fain have filled his belly with the husks that the swine did eat: and no man gave unto him. 17  And when he came to himself, he said, How many hired servants of my father’s have bread enough and to spare, and I perish with hunger! 18  I will arise and go to my father, and will say unto him, Father, I have sinned against heaven, and before thee, 19  And am no more worthy to be called thy son: make me as one of thy hired servants. 20  And he arose, and came to his father. But when he was yet a great way off, his father saw him, and had compassion, and ran, and fell on his neck, and kissed him. 21  And the son said unto him, Father, I have sinned against heaven, and in thy sight, and am no more worthy to be called thy son.  22  But the father said to his servants, Bring forth the best robe, and put it on him; and put a ring on his hand, and shoes on his feet: 23  And bring hither the fatted calf, and kill it; and let us eat, and be merry: 24  For this my son was dead, and is alive again; he was lost, and is found. And they began to be merry.” (Luke 15:11-24)

The Lord is merciful.  If you have strayed from God, don’t you think it is time you went back to the Father’s house?