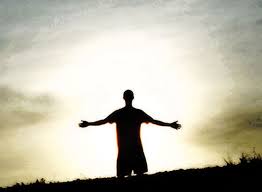 The princes of Babylon could find no fault in Daniel so they had King Darius to sign a decree, which said that no one could ask a petition, or pray to anyone except the king for thirty days. Our verse begins, “Now when Daniel knew that the writing was signed…” Daniel knew about the law. He also knew that according to the law of the Medes and Persians, it could not be changed. The next part of the verse says, “…he went into his house; and his windows being open in his chamber toward Jerusalem…” In Solomon’s prayer of dedication of the temple, he prayed, “That thine eyes may be open toward this house night and day, even toward the place of which thou hast said, My name shall be there: that thou mayest hearken unto the prayer which thy servant shall make toward this place. And hearken thou to the supplication of thy servant, and of thy people Israel, when they shall pray toward this place: and hear thou in heaven thy dwelling place: and when thou hearest, forgive.” (I Kings 8:29 & 30) Solomon continued and asked God to have compassion and forgive His people if they sinned and were carried away captives, and repented, and prayed toward their land. Daniel knew the scriptures and he prayed with his windows open, toward Jerusalem. “…he kneeled upon his knees three times a day, and prayed, and gave thanks before his God…” I know that we can pray in any position, but when we kneel or bow before God, we are humbling ourselves to Him. Now, the last portion of our verse, “…as he did aforetime.” Daniel had a habit of praying. He didn’t just start praying when he was commanded not to pray. And he didn’t stop praying, or even try to hide his prayers.

We know the rest of the story. Daniel was thrown into a den of lions and the angel of God shut the lions’ mouths. The angel of God went into the den of lions with Daniel just as the angel of the Lord had gone into the fiery furnace with Daniel’s three friends. Daniel’s friends were told to do something they shouldn’t do, and they obeyed God and didn’t bow to the image. Daniel was told not to do something he should do, but he continued to pray to his God. Those around you may try to get you to do things you shouldn’t do, but keep following the Lord. If they don’t succeed at that, they may try to keep you from doing the things you should.

But again, keep following the Lord. We may feel proud of ourselves for not falling into the temptation to try drugs and alcohol, or shoplifting, or cursing. But are we totally following God’s Word in prayer, and Bible study, and worship?