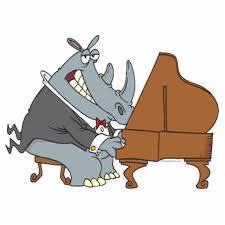 One recent Sunday, a young boy arrived to his Sunday school class late. His teacher knew that the boy was usually very prompt and asked him if anything was wrong. The boy replied no, that he was going to go fishing, but that his dad told him that he needed to go to church instead. The teacher was very impressed and asked the boy if his father had explained to him why it was more important to go to church rather than to go fishing. To which the boy replied, “Yes, ma’am, he did. My dad said that he didn’t have enough bait for both of us.”

There were two church-going women gossiping in front of the store when a dusty old cowboy rode up. He tied up his horse the kissed it right on the lips.  Repulsed, one of the women asked, “That’s disgusting, why did you do THAT?” To which the cowboy replied, “I’ve got chapped lips.” Confused, the women continued, “Does that make them feel better?” “No, but it stops me from licking them!”

Later, the American man figured out that the priest was congratulating a birth. When he had asked for the father to stand, and both men stood up, it had caused some confusion!