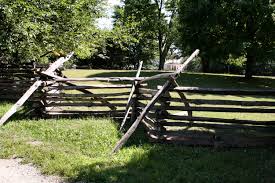 The good old days may not have been so good. Sometimes reflecting on our past helps us appreciate our present.  With the Thanksgiving Holiday approaching, we are encouraged and challenged to remember to thank God for the everyday things He provides for us.  Consider some facts of what it was like to live in the 1500’s.  Here are some interesting and yes, I will say creepy truths of life back then!  These reflections certainly make me thankful that I did not have to live in that time of history.

Ever wonder how Wedding Bouquet’s originated…

Most people got married in June because they took their yearly bath in May.  They were still smelling pretty good by June.  However, they were starting to smell, so brides who were getting married in June carried a bouquet of flowers to hide the body odor.

Baths equaled a big tub filled with hot water.  The man of the house had the privilege of the nice clean water, then all the other sons and men, then the women and finally the children.  Last of all, the babies.  By then the water was so dirty you could actually lose someone in it – hence the saying,  “Don’t throw the baby out with the bath water.”

Housing in the 1500’s was such that houses had thatched roofs.  Thick straw, piled high, with no wood underneath.  It was the only place for animals to get warm, so all the pets… dogs, cats, and other small animals, mice, rats, bugs lived in the roof.  When it rained, it became so slippery that the animals would slip and fall off the roof.  Hence the saying,  “It’s raining cats and dogs.”

In addition, houses with thatched roofs caused problems for the bedroom.  Bugs and other droppings often fell onto the bed so… they found if they made the beds with big posts and hug a sheet over the top,  it addressed that problem.  Hence those big beautiful 4 poster beds with canopies.  I wonder if this is where we get the saying: Good night and don’t let the bed bugs bite… LOL

England is old and small, and they started running out of places to bury people.  So, they would dig up coffins and would take their bones to a house in order to re-use the graves.  In re-opening these coffins, one out of 25 coffins were found to have scratch marks on the top of the inside.  They realized that they had been burying people alive.  So they got the idea of tying a string on the “dead persons” wrist and lead it through the coffin and up through the ground and tie it a bell.  Hence on the “graveyard shift” they would know that someone was “saved by the bell” or he was a “dead ringer”.

Reflecting on these true stories gives us good reason to thank God for our conveniences today.  I am sure you all agree!