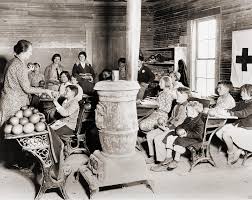 Someone has said that fellowship can be defined as two fellows in one small ship. In a confined space like that you have to get alone and work together.
Next weekend my brother Mike will be turning sixty, growing up we were two fellows in a ship. From the time we got up, from the same bed, until the end of the day we stuck together. He was my mentor for better or worse. Just sixteen months my senior, he was skilled at things I still had to learn, like climbing a tree and stuff. He encouraged me to jump over the Grand Canyon, a small drainage ditch in the back yard. He helped me climb up the BIG rock on the other side of the cow pasture. Our adventures and our love for one another was never ending, we were not just brothers we were friends. As we became teens it was clear that he was the better looking and all the girls gave him the eye. It wasn’t long before some cute girl was the one he wanted to hang out with. Later I also understood this strange attraction to those cootie covered girls. My conclusion was that after a girl got about thirteen that some how they were healed from cooties. God works in strange ways.
Mike and I now are men with married men with families and grandchildren. Even though we do not see each other a lot, there is still that bond we had a kids as two fellows in a ship. God has promised us that He would be a friend that sticks closer than a brother.