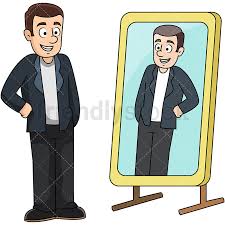 How Does God See You? What words would you use to tell about yourself? How would your family and friends describe you? Now, a harder question… What would God say about you? His opinion is really the only one that matters. God had very complimentary things to say about His servant Job. “And the LORD said unto Satan, Hast thou considered my servant Job, that there is none like him in the earth, a perfect and an upright man, one that feareth God, and escheweth evil?” (Job 1:8) Hebrews 11:5 tells us that Enoch “pleased God.” James 2:23 calls Abraham “the Friend of God.” Jesus said of John the Baptist, “Among those that are born of women there is not a greater prophet than John the Baptist:…” (Luke 7:28) Could those around you say you live upright and fear God? Would your family say that you please God? I just studied the life of David and it is interesting to see that God called Him “a man after mine own heart, which shall fulfil all my will.” Would you say that you try to do God’s will? Let’s take a little time to look at this man, who went from being a young shepherd boy, to becoming a great king over Israel, from whose line The King of Kings would descend. “And afterward they desired a king: and God gave unto them Saul the son of Cis, a man of the tribe of Benjamin, by the space of forty years. And when he had removed him, he raised up unto them David to be their king; to whom also he gave testimony, and said, I have found David the son of Jesse, a man after mine own heart, which shall fulfil all my will. Of this man’s seed hath God according to his promise raised unto Israel a Saviour, Jesus:” Acts 13:21-23