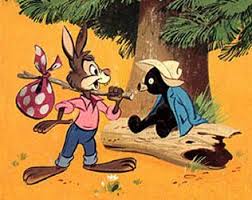 Each evening bird lover Tom stood in his backyard, hooting like an owl – and one night, an owl finally called back to him.

For a year, the man and his feathered friend hooted back and forth.  He even kept a log of the “conversation.”

Just as he thought he was on the verge of a breakthrough in interspecies communication, his wife had a chat with her next door neighbor.

“My husband spends his nights calling out to owls,” she said.

“That’s odd,” the neighbor replied.  “So does my husband.”

His beloved old white convertible was in deplorable shape, but he refused toget rid of it. So when the old junker was stolen from his office parkinglot, his family was delighted.

Nonetheless, they called the police and filed an insurance claim.

Their relief was short-lived, within an hour an officer was on the phone.

“We found the car less than a mile away,” he said, trying to restrain himself. “It had a note on it that read, ‘Thanks anyway, we’d rather walk.'”