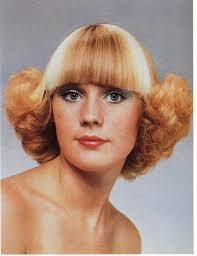 An 80 year-old woman was recently married to her 4th husband. A reporter questioned the occupation of her newly acquired husband. She replied that he owned a funeral home. Curious about the other husbands, the reporter also asked about their occupations. The woman paused for a while and stated that her first husband was a banker. The second one she was madly in love with and he was a circus master. The third one was a minister. Puzzled by her answers, he replied, “None of these people have anything in common! Why did you marry these?” She stated that she married number one for the money, two for the show, three to get ready, and four to go.

Cranky Beautician Arguing with her Customer

A woman came into the beauty shop one day to get her hair fixed.  Her beautician was noted to always be complaining about most everything.  The customer stated that she was planning on leaving for Rome in a few days.

Beautician: Rome…Rome…Why that is one of the dirtiest cities you could ever go. How are you going to get there?   Customer: We are flying Continental Airlines.

Beautician: Continental…They are the worst airline! And they have the ugliest hostesses. Where are you staying?  Customer: We are staying in the Villa.

Beautician: Villa…Villa! Why that is so overrated and way too expensive. I wouldn’t stay there if I were you. What are you going to see?  Customer: We are planning on seeing the Pope.

Beautician: Why girl, you would be lucky to even see him from long distance. Don’t you know everyone wants to be around him. You won’t be able to get within a mile of him.

Beautician: Rome…I bet your flight was bad. Customer: No, the flight was great. They had actually overbooked the flights and gave us first class seating and fed us steaks all the way to Rome. And our hostess was the most handsome man I had ever seen!

Beautician: Well. What about the Villa?  Customer: Funny you should ask. The Villa had just completed a $5 million restoration. They were also overbooked and we were forced to stay in the owner’s personal villa. Wow! The accommodations, the service, we had everything, we lived like kings!

Beautician: Well…what about the Pope?  Customer: We took the tour to the Vatican. One of the guards taped us on the shoulder and stated, “The Pope often entertains a few people now and then, would like to have a personal visit with the Pope?”

Beautician: I can’t believe that. What did the Pope say? Customer: He took one look at me and asked, “That’s the worst hair-do I had ever seen! Who fixed your hair?”