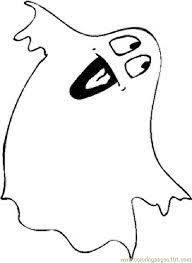 Strange Goings On in the Portchester Graveyard

Feeling he ought to do something to alleviate the man’s obvious distress Roger laid his hand on the his shoulder saying gently, ‘Was it someone you loved very much?’

The man looked up at him and said, ‘No, I never met him, he was my wife’s first husband.’

Nora Bone was delivering a new plastic skeleton to the doctor’s office.  As she waited at the main desk Nora was aware that the waiting room full of patients was staring at her.  So she smiled and said,” I am bringing him in to doctor Henderson.”

An old lady said sympathetically, “My dear!  Isn’t it a bit late for the doctor?”

Q: Why do skeletons have low self-esteem?
A: They have no body to love.

Q: Know why skeletons are so calm?
A: Because nothing gets under their skin.

Q: Why did the headless horseman go into business?
A: He wanted to get ahead in life.

Joe: What do you call wood when it’s scared?

My father was completely lost in the kitchen and never ate unless someone prepared a meal for him. When Mother was ill, however, he volunteered to go to the supermarket for her. She sent him off with a carefully numbered list of seven items.

Dad returned shortly, very proud of himself, and proceeded to unpack the grocery bags. He had one bag of sugar, two dozen eggs, three hams, four boxes of detergent, five boxes of crackers, six eggplants, and seven green peppers.