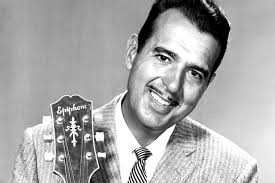 “Sixteen Tons,” written by Merle Travis and recorded by Tennessee Ernie Ford, became one of America’s most popular songs in the mid-1950s. People seemed to identify with this coal miner’s lament about feeling trapped and unable to change his situation no matter how hard he worked. Coal miners often lived in company-owned houses and were paid in “scrip”—coupons valid only at the company-owned store. Even if summoned to heaven, the miner said, he couldn’t go because he owed his soul to the company store.

That sense of hopeless resignation may help us understand the feelings of the Hebrew people during their 400 years of bondage in Egypt. When Moses told them of God’s promise to release them from slavery, they didn’t listen to him “because of anguish of spirit” (Ex. 6:9). They were so far down they couldn’t look up.

But God did something for them that they could not do for themselves. The Lord’s miraculous deliverance of His people foreshadowed His powerful intervention on our behalf through His Son Jesus Christ. It was when “we were powerless to help ourselves that Christ died for sinful men”