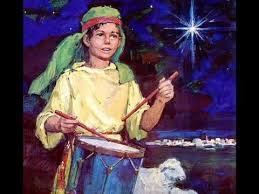 “The Little Drummer Boy” is a popular Christmas song written in 1941. It was originally known as “Carol of the Drum” and is based on a traditional Czech carol. Although there isn’t any reference to a drummer boy in the Christmas story in Matthew 1–2 and Luke 2, the point of the carol goes straight to the heart of the meaning of worship. The carol describes how a boy is summoned by the Magi to the scene of Christ’s birth. Unlike the wise men, however, the drummer has no gift—so he gives what he has. He plays his drum, saying, “I played my best for Him.”

This echoes the worship Jesus described when He told of the widow and her two coins: “ ‘Truly I tell you,’ he said, ‘this poor widow has put in more than all the others. All these people gave their gifts out of their wealth; but she out of her poverty put in all she had to live on’ ” (Luke 21:3-4).

God is worthy of our all.

All the drummer boy had was his drum and all the poor widow had were her two coins, but the God they worshiped was worthy of their all. He is worthy of our all as well, having given His all for us.

All to Jesus, I surrender, all to Him I freely give; I will ever love and trust Him, in His presence daily live. (Judson W. Van De Venter)

Your little is a lot when you give your all.