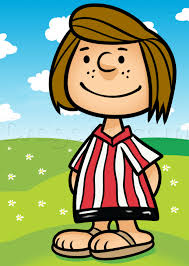 On their second anniversary, a husband sent flowers to his wife at the office. He told the florist to write “Happy Anniversary, Year Number 2!” on the card.

She was thrilled with the flowers, but not so pleased about the card which read: “Happy Anniversary. You’re Number 2.”   [forwarded by Gretchen Patti]

A guy comes into a coffee shop and places his order: “I want 3 flat tires & a pair of headlights”

The waitress, not wanting to appear stupid, goes to the kitchen & asks the cook, “This guy out there just ordered 3 flat tires & a pair of headlights.

What does he think this is, an auto parts store?!”

“Oh,” says the waitress. She thinks about this and then she spoons up a bowl of beans and gives it to the customer.

The guy says “What are the beans for?”

The waitress replies “I thought that, while you’re waiting for the flat tires & headlights, you might want to gas up.”