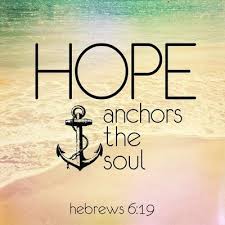 Sometime around 1976-1980 I was listening to the news while driving home from work. It was announced that a government funded group of scientists had concluded that humans can live to a maximum age of one hundred and twenty years. Around that age the process which causes body cells to reproduce stops, and the body then dies.

I bolted up out of my sleep that night as it suddenly occurred to me where I had read that information before. It was in the book of Genesis in the Bible. These scientists had been paid to discover something that was known three thousand years ago:

And the Lord said, My spirit shall not always strive with man, for that he also is flesh: yet his days shall be a hundred and twenty years. (Genesis 6:3)

Incredibly, the scientists verified the same identical number of one hundred and twenty years. Chapter 19, Human Longevity, illustrates how this was accomplished.

In the movie Raiders of the Lost Ark, Indiana Jones informs two government agents that Moses smashed into pieces the two stone tablets on which were written the Ten Commandments. He is correct thus far. He continues to explain that they “took the pieces and put them in the ark.” Wrong! Why would they not place the unbroken identical second copy of the Ten Commandments into the ark? This is precisely what is reported in the Bible. Lets look at the history of the original stone tablets:

And the Lord said unto Moses, Come up to me into the mount, and be there: and I will give thee tables of stone, and a law, and commandments which I have written; that thou mayest teach them. (Exodus 24:12)

And he gave unto Moses, when he had made an end of communing with him upon mount Sinai, two tables of testimony, tables of stone, written with the finger of God. (Exodus 31:18)

And Moses turned, and went down from the mount, and the two tables of the testimony were in his hand: the tables were written on both their sides; on the one side and on the other were they written. (Exodus 32:15)

And it came to pass, as soon as he came nigh unto the camp, that he saw the calf, and the dancing: and Moses’ anger waxed hot, and he cast the tables out of his hands, and brake them beneath the mount. (Exodus 32:19)

The verses describing the creation of the second set of tables are separated in the book of Exodus. These verses are Exodus 34:1, 34:4, 34:28, and 40:20. Let me quote here the same story as described in the book of Deuteronomy, which are sequential verses:

At that time the Lord said unto me, Hew thee two tables of stone like unto the first and come up unto me into the mount, and make thee an ark of wood. And I will write on the tables the words that were in the first tables which thou brakest, and thou shalt put them in the ark. And I made an ark of shittim wood, and hewed two tables of stone like unto the first, and went up into the mount, having the two tables in mine hand. And he wrote on the tables, according to the first writing, the ten commandments, which the Lord spake unto you in the mount out of the midst of the fire in the day of the assembly: and the Lord gave them unto me. And I turned myself and came down from the mount, and put the tables in the ark which I had made; and there they be, as the Lord commanded me. (Deuteronomy 10:1-5)

The version of the crucifixion which you will hear from most Christian theologians is the one told in Luke. Luke states that one of the malefactors railed on Jesus, while the other said, “Lord, remember me when thou comest into thy kingdom.” However, four books of the Bible relate the crucifixion story and one should expect them to be basically the same. Two of these four books state that both thieves reviled Jesus:

The thieves also, which were crucified with him, cast the same in his teeth. (Matthew 27:44)

And they that were crucified with him reviled him. (Mark 15:32)

The story in John simply mentions that there were two others crucified with Jesus in the middle:

Where they crucified him, and two others with him, on either side one, and Jesus in the midst. (John 19:18)

The truth would seem to be that both men crucified with Jesus reviled Him. For a full explanation of this apparent contradiction, refer to chapter 20 entitled “Proofs” That Man Has An Immortal Soul?

If you see a Christmas manger display with three wise men, that is an error. By the time the wise men arrived, Jesus was in a house:

And when they were come into the house, they saw the young child with Mary his mother, and fell down, and worshipped him: and when they had opened their treasures, they presented him with gifts; gold, and frankincense, and myrrh. (Matthew 2:11)

In actuality, some mangers and homes were under the same roof of dwellings built during this period. The animals would be kept on the ground floor. Perhaps halfway back under the roof, steps led up to the family’s living quarters. Crowding caused by the census taking may have resulted in the upper rooms being full when Mary and Joseph arrived. Finding no room at the inn, they probably stayed on the ground floor in the manger area of a house. By the time the wise men arrived, sufficient people had departed so that they moved into the upper rooms, or “into the house.” This may also be the type of dwelling where the Lord’s Supper occurred:

And he will show you a large upper room furnished and prepared: there make ready for us. (Mark 14:15)

Incidentally, the Bible never states the actual number of wise men who came to see the baby Jesus:

Now when Jesus was born in Bethlehem of Judea in the days of Herod the king, behold, there came wise men from the east to Jerusalem. (Matthew 2:1)