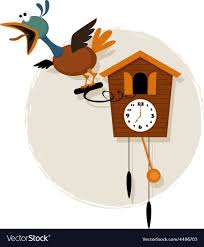 Who Wants to be a Millionaire Show–Decisions

And as she suspected it would be, the million-dollar question was no pushover. It was, “Which of the following species of birds does not build its own nest, but instead lays its eggs in the nests of other birds? Is it:

The woman was on the spot. She did not know the answer. And she was doubly on the spot because she had used up her 50/50 Lifeline and her Audience Poll Lifeline. All that remained was her Phone-a-Friend Lifeline. The woman hoped she would not have to use it because … Her friend was a really good friend but she lacked some common sense at times and she always did not good decisions.

But Debra had no alternative. She called her friend and gave her the question and the four choices. Her friend said without any hesitation: “That’s easy. The answer is C: the cuckoo.”

Did I mention that her friend was blonde?

Debra had to make a decision and make it fast. She considered employing a reverse strategy and giving Merideth any answer except the one that her friend had given her. And considering that her friend was the way she was, that would seem to be the logical thing to do. But her friend had responded with such confidence, such certitude, that the contestant could not help but be persuaded.

“I need an answer,” said Merideth.  Crossing her fingers, the contestant said, “C: The cuckoo.”

“Is that your final answer?”

Debra crossed her fingers again and said, “Yes, that is my final answer.”

And  Merideth suddenly said, “That answer is …………………… Absolutely correct!

You are now a millionaire! Balloons flying, confetti coming down and Debra jumping up and down!

Three days later, the contestant hosted a party for her family and friends, including the blonde who h ad helped her win the million dollars. “Jeni, I just do not know how to thank you,” said the contestant. “How did you happen to know the right answer?” “Oh, come on,” said the blonde…

“Everybody knows that cuckoos don’t build nests. They live in clocks!”

The Junior Sunday School Teacher asked her eight eager 10 year-olds if they would give a $1,000,000 to the missionaries.

“Yes!” they all screamed!

“Would you just give a dollar to the missionaries?” she asked.

The boys exclaimed, “Yes!” just as before, except for Johnny.

“Johnnie,” the teacher said as she noticed the boy clutching his pocket, “Why didn’t you say ‘yes’ this time?”