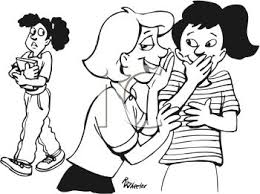 How long shall I fear with this whole congregation, which murmur against me?..
— Numbers 14:27

The promises of God full of potential for the Christian. Children of Israel, the promise the land of Canaan. The potential was tremendous and God wanted them to have everything He promised them. The problem with the Isrealites was that they killed God’s promise in this instance. The way they did this is clearly illustrated in our story, and there were three specific things that ate evident.

First, they acted by sight. Notice that faith would have dictated to them they need to go on. Yet the fact that there were giants in the land and the walls were too big seem to mean more to them than the fact of faith. They decided to go with what they saw.

Second, they acted in doubt. Faith and doubt cannot abide in the same heart. When safe left, in came doubt; when doubt came, in came fear. Remember our friend Peter? He was compelled to walk on the water, and did so quite well until he followed his sight and begin to doubt, and then he cried out in fear.

Third, they followed the wrong advice. Nothing will kill God’s promises quicker than talking to someone who is carnal, for advice. Instead of listening to the two man who were right, they listened to the ten who were wrong.

How many times in our life do we kill the promise of God by our doubt or wrong advice,  or because we just did not see how it would work out? Instead of killing his promises, let’s stand on them!