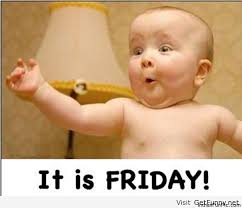 “Poor Old fool,” thought the well-dressed gentleman as he watched an old man fish in a puddle outside a cafe. So he invited the old man inside for a drink. As they sipped their coke, the gentleman thought he’d humor the old man and asked, “So how many have you caught today?”

While he was visiting, my father asked for the password to our Wi-Fi.

WHAT IS A HIPSTER?

“Someone who will wear something just to look different,” I said. “They’ll often buy clothes in thrift shops and wear thick glasses.”“Is Grandma a hipster?” he asked.

Just as she was celebrating her 80th birthday, our friend received a jury-duty notice. She called the clerk’s office to remind them that she was exempt because of her age.

“You need to come in and fill out the exemption forms,” the clerk said.

“But I filled them out last year,” she replied.

“You have to fill them out every year.”

“Why? Do you think I’m getting younger?”