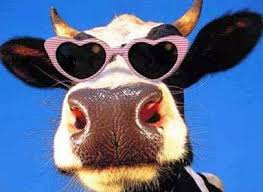 An old Native American wanted a loan for $500.

The banker pulled out the loan application.
“What are you going to do with the money?” he asks the Indian.

“Buy Silver, make jewelry, and sell it,” was the response.

“What have you got for collateral?”

“Well that’s something of value that would cover the cost of the loan.
“Have you got any vehicles?”

The banker shook his head, “How about livestock?”

“Yes, I have a horse,” replied the Indian

“Don’t know, has no teeth,” replies the Indian

Finally the banker decided to make the $500 loan.

Several weeks later the old man was back in the bank.
He pulled out a roll of bills, “Here to pay.” he said.
He then handed the banker the money to pay his loan off.

“What are you going to do with the rest of that money?” the banker asks.

“Put in hogan”, replied the Indian

“Why don’t you deposit it in my bank,” the banker asked.

“You put the money in our bank and we take care of it for you.
Whenever you want to use it, you can withdraw it.”

The old Indian leaned across the desk and asks the banker…
“What you got for collateral?”

DEAF WIFE A man feared his wife wasn’t hearing as well as she used to and he thought she might need a hearing aid.

Not quite sure how to approach her, he called the family doctor to discuss the problem.

The Doctor told him there is a simple informal test the husband could perform to give the  doctor a better idea about her hearing loss.

Here’s what you do,” said the Doctor, “stand about 40 feet away from her, and in a normal conversational speaking tone see if she hears you. If not, go to 30 feet, then 20 feet, and so on until you get a response.”

That evening, the wife is in the kitchen cooking dinner, and he was in the den. He says to himself, “I’m about 40 feet away, let’s see what happens.” Then in a normal tone he asks, ‘Honey, what’s for dinner?”

No response. So, the husband moves closer to the kitchen, about 30 feet from his wife and repeats, “Honey, what’s for dinner?” Still no response.

Next he moves into the dining room where he is about 20 feet from his wife and asks, “Honey, what’s for dinner?”

Again he gets no response.

So, he walks up to the kitchen door, about 10 feet away. “Honey, what’s for dinner?”

Again, there is no response.

So, he walks right up behind her. “Honey, what’s for dinner?”

“Clyde, for the fifth time… CHICKEN!”