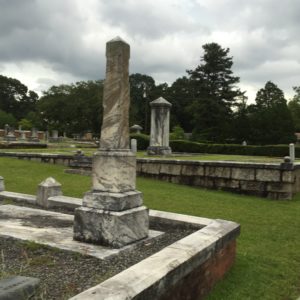 By Alan Smith
For centuries theologians have debated Predestination v Free-Will. It can be a hotly debated topic and one that can be very divisive. I don’t mind the debate, but I DO NOT want to be divisive.
The Beginning Point

To unravel this question, I believe you must begin with God.

One of the incommunicable attributes of God is His omnipresence. This means that God is at all places in all time at the same time. In other words, God is.

Yahweh is God’s name. It is how God referred to Himself with talking to Moses in the burning bush. The name means “I am.” (Exodus 3:14)

This doctrine is described for us in several places through out Scripture. My favorite passage related to His omnipresence is Psalms 139. In verses 7 – 8, the Psalmists ask where one can go to get away from God. He recognizes that no matter where he goes, God is there.

The omnipresence of God is a critical component in understand the relationship between Predestination and Free-Will.
Which came first?

The abbreviated version of the debate is based on the idea of it being EITHER we were either predestined and our salvation was determined by a game of pick by God in eternity past OR we pick God if he wins the contest of religious systems.

It is almost always defined as either . . . or. Which came first, the predestined or the free will?
Opposite Sides of the Same Door

If God is omnipresent, this means that ALL of time exist as the present with God. When the Holy Spirit pulled at my heart to accept Christ as my Savior, that was the eternal moment of election. It was that moment. It wasn’t something that took place in eternity past that has finally arrived 10,000 years after the election. The invitation from the Spirit of God was the election.

God choosing me and my choosing God are the same event. I view the event as a linear progression through time, but with God it simply is. My past and future are present with God.
I Am Elected So I Choose

This is why God can declare things to be. It’s not because He is looking into the future and therefore knows what will happen. It is happening. Everything is happening. The creation, the crucifixion, my Salvation and the resurrection of the saints are events that are happening. With God, these are not past or future events.

My Election was not an event in the past. My election by the sovereignty of God and my choice to accept his gift on my own free-will are the same event, just a different perspective.
The Scriptures Agree