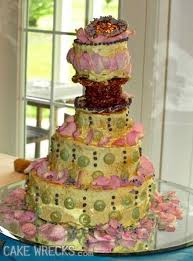 Years ago I asked a young man who was engaged to be married, “How do you know that you love her?” It was a loaded question, intended to help him look at his heart’s motives for the upcoming marriage. After several thoughtful moments, he responded, “I know I love her because I want to spend the rest of my life making her happy.”

We discussed what that meant—and the price tag attached to the selflessness of constantly seeking the best for the other person, rather than putting ourselves first. Real love has a lot to do with sacrifice.

That idea is in line with the wisdom of the Bible. In the Scriptures there are several Greek words for love but the highest form is agape love—love that is defined and driven by self-sacrifice. Nowhere is this more true than in the love our heavenly Father has shown us in Christ. We are deeply valued by Him. Paul stated God demonstrates His own love toward us, in that while we were still sinners, Christ died for us.

If sacrifice is the true measure of love, there could be no more precious gift than Jesus: For God loved the world so much that he gave his one and only Son.