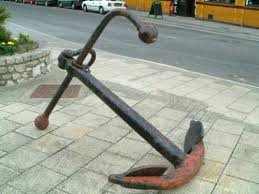 Standing on a Firm Foundation
By Dr Charles Stanley
When was the last time that you had a Bible study on the topic of feet? In all likelihood, you haven’t ever had such a lesson. In fact, you might even be squeamish at the thought of focusing on feet! The apostle Paul, however, was not. He made feet a focal point of one of his most enduring, powerful messages: the discussion in Ephesians 6:10-18 about the armor of God. In case you missed it in your reading of today’s passage, let’s take a closer look.
Four times in four verses (vv. 11-14), Paul declares that the purpose of the armor — the value in putting it on piece by piece — lies in its ability to help us “stand,” “stand against the devil’s schemes,” “stand [our] ground,” and “stand firm.” And of course, Paul’s list of armor would not be complete without the sandals of peace mentioned in verse 15. Clearly, he was concerned with our feet!
The Roman soldier’s sandals had an often overlooked feature: a long spike at the heel of the shoe. Its purpose was to allow the warrior to plant his feet firmly in the ground when an opponent approached. With his feet secured in this way, the soldier had an obvious advantage: he would be able to stand his ground. This part of his uniform enabled him to keep his footing even as he faced the danger.
That is precisely what the heavenly Father wants for every one of His children: the ability to stand firm in the face of troubles. This is possible, however, only when we plant our feet on a firm foundation — the foundation of faith in Jesus Christ. Is your faith well grounded?