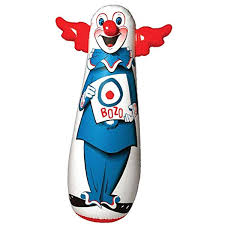 After the service a young couple talked to a church member about joining the church. He hadn’t met the husband before, and he asked what church he was transferring from.

After a short hesitation, he replied,“I am transferring from the Municipal Golf Course.”

An elderly woman died last month. Having never married, she requested NO male pallbearers. In her handwritten instructions for her memorial service, she wrote, “No man would take me out while I was alive, I don’t want them to take me out when I’m dead.”

The Creation of Wives

At Sunday School they were teaching how God created everything, including human beings. Little Johnny seemed especially intent when they told him how Eve was created out of one of Adam’s ribs. Later in the week his mother noticed him lying down as though he were ill, and said, “Johnny, what is the matter?”

Little Johnny responded, “I have pain in my side. I think I’m going to have a wife.”