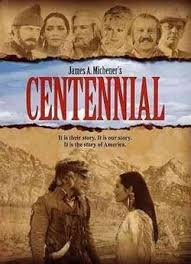 James Michener’s Centennial is a fictional account of the history and settlement of the American West. Through the eyes of a French-Canadian trader named Pasquinel, Michener converges the stories of the Arapaho of the Great Plains and the European-based community of St. Louis. As this rugged adventurer moves between the growing clutter of the city and the wide-open spaces of the plains, he becomes a bridge between two drastically different worlds.

Followers of Christ also have the opportunity to build bridges between two very different worlds—those who know and follow Jesus and those who do not know Him. Early Christians in Thessalonica had been building bridges to their idol-worshiping culture, so Paul said of them, “For from you the word of the Lord has sounded forth, not only in Macedonia and Achaia, but also in every place” (1 Thess. 1:8). The bridge they were building had two components: the “word of the Lord” and the example of their faith. It was clear to everyone that they had “turned to God from idols to serve the living and true God” (v.9).

As God declares Himself to those around us by His Word and through our lives, we can become a bridge to those who do not yet know the love of Christ.