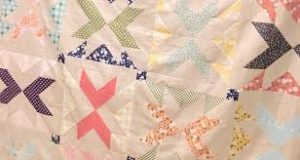 I was having lunch with two men who had opened their lives to Christ while they were in prison. The younger man had been discouraged by the fact that the family from whom he had stolen would not forgive him.

“My crime was violent,” the older man said. “It continues to haunt and affect the family to this day. They have not forgiven me, . . . the pain is just too great. At first, I found myself paralyzed by this longing for their forgiveness.” He continued his story: “Then one day I realized I was adding selfishness to my brokenness. It’s a lot to expect that the family forgive me. I was focused on what I felt I needed to heal from my past. It took some time to realize that their forgiveness of me was a matter between them and God.”

“How can you stand it?” the younger man asked.

The older man explained that God did for him what he didn’t deserve and what others simply can’t do: He died for our sins, and He keeps His promise to move our sins “as far as the east is from the west” (Ps. 103:12) and “will not remember [our] sins” (Isa. 43:25).

In the face of such great love, we honor Him by accepting His forgiveness as sufficient. We must forget what lies behind and keep pressing forward (Phil. 3:13-14).