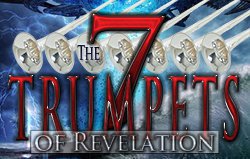 “For the Lord himself shall descend from heaven with a shout, with the voice of the archangel, and with the trump of God: and the dead in Christ shall rise first:

17 Then we which are alive and remain shall be caught up together with them in the clouds, to meet the Lord in the air: and so shall we ever be with the Lord.” —I Thess. 4:16-17

James Milton Black loved teaching Sunday school and working with young people. He was born August 19, 1856 in South Hill, New York and acquired an early musical education in singing and organ playing. At the age of 25, he moved to Williamsport, Pennsylvania where he carried on Christian work through the Methodist Episcopal church. He taught music during the week, and he was a song leader, Sunday school teacher and youth leader in his spare hours. In addition to all this work, he edited hymnals.

James loved young people and tried to win them for Christ. One day, as he passed through an alley, he met a ragged fourteen-year-old girl who was the daughter of an alcoholic. He invited her to his Sunday school and youth group and she began to attend.

One day when he took roll, the girl did not respond. Each child had respond with a Scripture verse when his or her name was called. James saw a lesson in her silence. “I spoke of what a sad thing it would be when our names are called from the Lamb’s Book of Life, if one of us should be absent.” The thought, although not biblically sound, brought this prayer to the lips of Black: “Oh, God, when my name is called up yonder, may I be there to respond!”

After Sunday school, he went to his pupil’s home to find out why she had not showed up for class. He found her dangerously ill and sent for his own doctor—they still made house calls then. The doctor said that she had pneumonia. Since that was before the days of antibiotics, death was highly likely.

When James Milton Black returned home, his wife saw at once that he was deeply troubled. Tears filled his eyes as he entered his gate. Now he sat down at his piano and in a few minutes wrote the words and composed a song that is familiar to most American church-goers: “When the Roll Is Called up Yonder.”

A few days later, he had the sad opportunity of explaining in public how he came to write the song when it was sung at the funeral of the girl whose absence at roll call had inspired it.

The song’s lyrics were first published in a collection titled “Songs of the Soul,” and the song has since been translated into at least 14 languages and sung all over the world in a variety of Christian denominations.

James M. Black died in an auto accident in Colorado in 1948, but he will always be remembered for “When the Roll Is Called Up Yonder.”