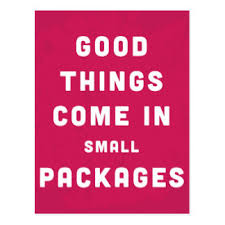 I once clipped a strange story from the newspaper. It was about a man named Jose Estrada who drove to a popular trail where he liked to jog. While Estrada was running, another man on the same trail collapsed and died of a heart attack. The victim was taken to a nearby hospital where authorities found a car key in his pocket, but no identification. Assuming they’d find the name of the man in his automobile registration papers, they brought the key back to a parking lot near the jogging trail and tried it in the doors of every General Motors vehicle until they found a match.

Now, here’s where the story gets strange. The key opened the door of Estrada’s pickup truck. They found his papers and notified his wife of his untimely death. They asked her to come to the  hospital and identify the body of her husband.

And here is where the story gets stranger still. Mrs. Estrada saw the body on the table with a tube snaking from his mouth, his eyes taped shut and wearing jogging clothing much like her husband wore. In her distraught condition she assumed the body belonged to Jose and signed the death certificate.

Meanwhile, Jose Estrada finished running, drove back home and promptly learned from a friend, who was more than stunned to encounter him in the flesh, that he was supposed to be dead. He immediately sped to the hospital and strode, as big as life, into the waiting room. His startled wife fell into his arms laughing and crying. The only thing she managed to spurt out was, “Jose, if you ever die on me again, I’ll kill you myself.”

I wonder what thoughts first surfaced after she received the news about Jose’s death. Did she try to recall her last moments with him? Did she try to remember if she told him she loved him that morning? Was there an argument? Were there regrets?

I wonder if she ever thought of Jose as a gift to her—an undeserved life companion. Or was he more of a problem to be solved, like an unfinished project? Or maybe he was just there, a reliable presence in her life that could be taken for granted as fully as the sunrise every morning.

I would do well to remember these things, even for just a moment every day. Life is a fragile and awesome gift. And the people in it are gifts, too. Somehow, that alone makes every day one I can embrace and treat as it deserves.