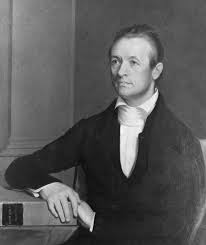 2 Corinthians 4:16 For which cause we faint not; but though our outward man perish, yet the inward man is renewed day by day.

When missionary Adoniram Judson entered Burma (Myanmar) in July 1813, he found an unreached people in a hostile land. Today, there are some 3,700 congregations who trace their origin to Judson’s pioneering ministry. His primary legacy, however, is the complete translation of the Bible into Burmese—still in use today. Judson’s path was difficult, for he faced opposition, rejection, imprisonment, serious illness, pain. He also lost two wives and seven children to death. But through it all he persevered for the cause of Christ.

The apostle Paul also endured great suffering. He was “pressed on every side by troubles,” “hunted down,” and “knocked down”(2 Cor. 4:8-9).  He lived “in the face of death”(2 Cor. 4:12).  As we read of his travels, his overwhelming difficulties and life-threatening dangers are well documented. Despite the suffering, however, Paul wrote, that we faint not “We never give up”

Describing our lives as “clay jars,” Paul acknowledged his own frailty, vulnerability, and mortality. But he also refused to be defeated, for he chose to see his difficulties from God’s perspective. “Our present troubles are small and won’t last very long. . . . So we don’t look at the troubles we can see now; rather, we fix our gaze on things that cannot be seen. . . . The things which are not seen are eternal” . Paul’s confidence was rooted in God’s great power and sustaining grace, Jesus’ resurrection, and the hope of eternal life with Him. We can know this same hope and confidence as we fix our eyes on Jesus. Persecution and suffering may come, but with God’s help we can echo Paul’s words: “We never give up!”