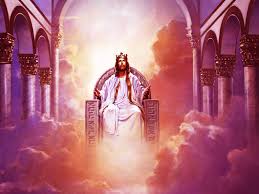 Now I saw heaven opened, and behold, a white horse. And He who sat on him was called
Faithful and True, and in righteousness He judges and makes war. —Revelation 19:11

Archaeologists in Montana have analyzed 5,000 artifacts of a battle that occurred in 1876. That’s when Lt. Col. George Armstrong Custer led his army to disaster at the Little Bighorn. Custer’s troops were slaughtered to the last man; and even now whenever we hear the name Custer, we think of one of history’s worst defeats.

One day that’s how we’ll think of the Antichrist. Despite his threats, charisma, power, technology, militarism, wealth, and satanic energy, he and his army will be defeated suddenly and decisively at the moment Christ returns. In one swoop, Jesus will put down all rebellion against Him when He returns in victory at the end of history. The Bible says, “And then the lawless one will be revealed, whom the Lord will consume with the breath of His mouth and destroy with the brightness of His coming” (2 Thessalonians 2:8). The devil and all his forces are defeated. They were defeated at the Cross. They are defeated now in our lives. They will be defeated forever at Christ’s return.

There is only one Victor, and His name is Jesus.

Jesus is Victor—His work is complete, crushing all enemies under His feet! Jesus is Victor! He died not in vain, risen and glorified, Jesus doth reign!    —R. Kelso Carter, in his hymn “Jesus is Victor”