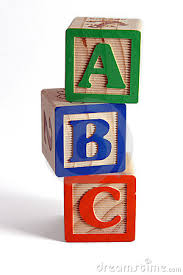 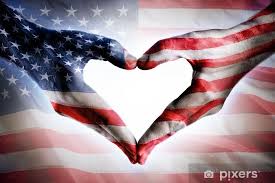 Passover is the most holy and joyous festival that commemorates Israel’s deliverance from bondage in Egypt. The Jews had cried out to God in their oppression, and God delivered them. But this did not stop the enemies of Jesus from plotting to have him killed. The word “craft” refers to “a trick”. They are trying to devise a plot to trap Jesus so they can have Him executed.

In consequence of the vast influx of strangers, embracing all the male population of the land who had reached a certain age, there were within the walls of Jerusalem at this festival some two million people; and in their excited state, the danger of tumult and bloodshed among “the people,” who for the most part took Jesus for a prophet, was extreme. See Josephus [Antiquities, 20.5.3].

Just as they though t their plan would not work the proposal of Judas changed all that. Bengel remarks, “then did the divine counsel take effect.”

True worship never comes cheap and will always cost us something.

A Christian businessman was traveling in Korea. In a field by the side of the road was a young man pulling a rude plow while an old man held the handles. The businessman was amused and took a snapshot of the scene. “I suppose these people are very poor,’ he said to the missionary who was interpreter and guide to the party.

“‘Yes,’ was the quiet reply, ‘those two men happen to be Christians. When their church was being built, they were eager to give something toward it, but they had no money. So they decided to sell their one and only ox and give the proceeds to the church. This spring they are pulling the plow themselves.’

“The businessman was silent for some moments. Then he said, ‘That must have been a real sacrifice.’

“‘They did not call it that,’ said the missionary. ‘They thought themselves fortunate that they had an ox to sell!’

When it comes to money even the closest followers of Jesus can lose perception, here it says some of the disciples were complaining, the mastermind behind all this was Judas. (John 12:4-5).

“This he said,” remarks John (John 12:6), and the remark is of exceeding importance, “not that he cared for the poor but because he was a thief, and had the bag”

Jesus is not saying that we should not help the poor. We should help them and we should do our best to meet the needs of those around us. Jesus is simply saying that Mary seized the moment! The poor would always be there, but she knew that Jesus was going to the cross to die for sin and sinners. She took advantage of the opportunity she was afforded and she gave Him extravagant love and worship.

God is teaching us that everything that represents true service to Him will never be forgotten. He notes those things and they possess lasting, eternal value. There will come a day when He will reward His servants for their service of extravagant worship for His glory.  Mark 9:41, “For whosoever shall give you a cup of water to drink in my name, because ye belong to Christ, verily I say unto you, he shall not lose his reward.” (Ill. Matt. 25:34-40.) (Ill. Paul – 2 Tim. 4:6-8!)