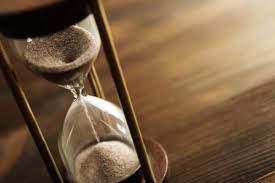 In 1879, archaeologists discovered a remarkable little item in an area now known as Iraq (biblical Babylon). Just 9 inches long, the Cyrus Cylinder records something that King Cyrus of Persia did 2,500 years ago. It says that Cyrus allowed a group of people to return to their homeland and rebuild their “holy cities.”

It’s the same story told in Ezra 1. There we read that “the Lord stirred up the spirit of Cyrus king of Persia” to make a proclamation (v. 1). And in that proclamation, Cyrus said he was releasing the captives in Babylon to go home to Jerusalem, re-establish their homes, and rebuild their temple (vv. 2-5).

But there’s more to the story. Daniel confessed his sins and his people’s sins and pleaded with God to end the Babylonian captivity (Dan. 9). In response to Daniel’s prayer, God sent an angel to speak to Daniel (v. 21). Later He moved Cyrus to release the Hebrews. (See also Jer. 25:11-12; 39:10.)

Together, the Cyrus Cylinder and God’s Word combine to show us that the king’s heart was changed and he allowed the exiled Hebrews to go home and worship.

This story has great implications for us today. In a world that seems out of control, we can rest assured that God can move the hearts of leaders. We read in Proverbs 21:1 that “the king’s heart is in the hand of the Lord.” And Romans 13:1 says that “there is no authority except from God.”

The Lord, who is able to change our own hearts as well as the hearts of our leaders, can be trusted for He is in control. Let’s ask Him to work.