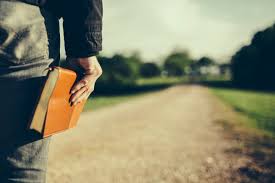 I cannot imagine how excited the Jews were when they heard that the redeemer, the savior was finally here on earth. After all, they had been waiting their whole lives for this moment, waiting for the almighty Son of God to come and free them from their captors.

I also cannot imagine the confusion, when 30 years later this almighty king remained “powerless” against the ruling government, and instead of leading a rebellion, taught peace and co-existence (Luke 20:25). Instead of praising the pharisees, and appointing them to high positions in His kingdom, He condemned their actions (Matthew 3:7), and taught what real love was… sacrifice (John 15:13).

And finally, I cannot imagine the disappointment, when this almighty King died at the hands of the very kingdoms He was to rule over. It seemed that after all the promises God had made to the Jewish people, that none of them would be coming true. Then all of a sudden, 3 days later, the king that they had killed was back! (Acts 10:40)

I think that we can learn a very valuable lesson from the Jews of Jesus’ time. The first is that we often look at the promises of God, and ask ourselves how we would fulfill them… then we expect God to act the same way, and often in a way that ends up praising us and not Him (just as the pharisees). Even more often, when these promises are not fulfilled the way we expect, we often start to question God, asking if He really cares about us, or even if He is capable of keeping His promises. Just like the Jews of Jesus’ time, we end up disappointed and discouraged, before God has finished showing us His plan (Jeremiah 29:11).

Instead of fulfilling the prophecies and expectations of the Jews of Jesus’ time, God freed them from a much bigger captor, their sin. Instead of giving them a wonderful life on earth for a short time, He gave them the gift of eternal life through His Son Jesus (John 3:16). And instead of saving a few, God gave His Son to save the world (Colossians 3:11).

We have an amazing God, one who not only keeps His promises, but also has greater plans than we can even imagine. A God, who doesn’t do things our way but will do them the right way (1 Corinthians 13:12). A God who, no matter the situation, you can rely on to get you through. Just like the Jews of Jesus’ time, we may not always understand what is going on, or why God seems to be “failing” in keeping His promises, but we can know that in the end, He will not only keep His promise, but amaze us in how He did it (Romans 8:28).