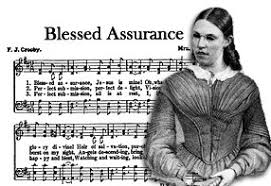 His freedom is a gift of grace. Most of us know that we can’t earn salvation with good works. We only receive it as a gracious gift from God through faith in His Son. But sometimes Christians think it’s their job to keep themselves saved by following rules.

This is exactly what I thought after being saved at the age of 12. I went to a church that had all sorts of legalistic rules to follow. One of them was that I couldn’t read the comics on Sunday. This was a real problem for me because I delivered newspapers, and the temptation to pull out the comics and read the latest Dick Tracy episode proved too strong to resist.

So every Sunday, I had to confess my sin and beg God to forgive me. I constantly worried that I wasn’t saved because I couldn’t keep all the rules.

Paul wrote to the Galatians because they were becoming enslaved to legalism just like I had been. He said, “Are you so foolish? Having begun by the Spirit, are you now being perfected by the flesh?” (Gal. 3:3). He warned them to stand firm in their freedom and not “be subject again to a yoke of slavery” (Gal. 5:1). Keeping rules won’t save us and it certainly won’t keep us saved. God alone does that, and nothing can ever separate us from His love in Christ Jesus (Rom. 8:38-39).