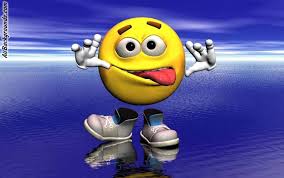 A minister decided that a visual demonstration would add emphasis to his Sunday sermon. Four worms were placed into four separate jars.

At the conclusion of the sermon, the Minister reported the following results:

The Minister asked the congregation, “So, my friends? What did you learn from this demonstration?”

Maxine, sitting in the back, quickly raised her hand and said . . . “As long as you drink, smoke and eat chocolate, you won’t have worms!”

The Project is slightly behind original schedule due to unforeseen difficulties—Means we got so sick of working on this that we decided to do something else.

Major Technological Breakthrough—Back to the drawing board.

Developed after years of intensive research—It was discovered by accident.

Customer satisfaction is believed assured—Means we are so far behind schedule that the customer will be happy to get anything at all from us.

The design will be finalized in the next reporting period—We haven’t started this job yet, but we’ve got to say something.

Test results were extremely gratifying—It works, and we are surprised.

Extensive effort is being applied on a fresh approach to the problem—We just hired three new guys; we’ll let them kick it around for a while.

Preliminary operational tests are inconclusive—The darn thing blew up when we threw the switch.

The entire concept will have to be abandoned—The only guy who understood the thing quit.

Modifications are under way to correct certain minor difficulties—We threw the whole thing out and are starting from scratch.

A Few Possible Reasons Why the
Chicken Crossed the Road

SARAH PALIN: The chicken crossed the road because, gosh-darn it, he’s a maverick!

BARACK OBAMA: Let me be perfectly clear, if the chickens like their eggs they can keep their eggs. No chicken will be required to cross the road to surrender her eggs. Period.

JOHN McCAIN: My friends, the chicken crossed the road because he recognized the need to engage in cooperation and dialogue with all the chickens on the other side of the road.

HILLARY CLINTON: What difference at this point does it make why the chicken crossed the road.

GEORGE W. BUSH: We don’t really care why the chicken crossed the road. We just want to know if the chicken is on our side of the road or not. There is no middle ground here.

BILL CLINTON: I did not cross the road with that chicken.

AL GORE: I invented the chicken.

NANCY GRACE: That chicken crossed the road because he’s guilty! You can see it in his eyes and the way he walks.

PAT BUCHANAN: To steal the job of a decent, hardworking American.

ERNEST HEMINGWAY: To die. In the rain. Alone.

ARISTOTLE: It is the nature of chickens to cross the road.

ALBERT EINSTEIN: Did the chicken really cross the road, or did the road move beneath the chicken?

COLONEL SANDERS: Did I miss one?