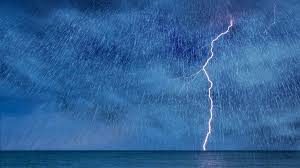 And there arose a great storm of wind, and the waves beat into the ship, so that it was now full.
— Mark 4:37

The disciples’ so often missed “it.” They were busy with what they were doing and often failed to recognize the miracles going on around them. In Mark 6:52, “they considered not the miracle of the loaves.” In our text, we are looking at a storm that was meant to try the faith of the disciples, however, they did not realize they were safe. The disciples were safe because: