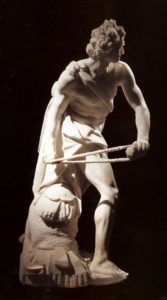 Pride goeth before destruction, and an haughty spirit before a fall.