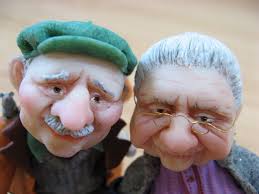 An elderly woman decided to prepare her will and told her preacher she had two final requests.

First, she wanted to be cremated, and second, she wanted her ashes scattered over Wal-Mart.

‘Then I’ll be sure my daughters visit me twice a week.’

I bumped into an old school friend at the store today. He started showing off, talking about his well paid job and expensive sports cars.

Then he pulled out his phone and showed me a photo of his wife and said, “She’s beautiful, isn’t she?”

I said, “If you think she’s gorgeous, you should see my girlfriend.”

A man was driving down the freeway, his car phone rang.

Answering, he heard his wife’s voice urgently warning him,

“Herman, I just heard on the news that there’s a car going the wrong way on Interstate 77 Please be careful!”

Herman said, “It’s not just one car. It’s hundreds of them!”