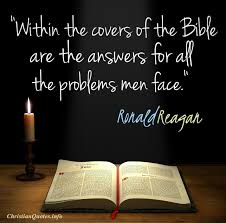 Anytime we come to the doctrines of election and predestination, I feel the need to make a Biblical explanation because of the heretical teaching that God created all mankind but, in His sovereignty, chooses to love a few and hate the multitudes.  You will not find election and predestination in the same context of Scripture but both are found in the context of foreknowledge.  This is by design!  To come up with the doctrine of Calvinism, you MUST tie these two Biblical principles together.  God made sure that they were kept entirely separate.

Never is a person predestined to divine Election!  Man is destined to hell by willful sin and choice.
Romans 5:12  Wherefore, as by one man sin entered into the world, and death by sin; and so death passed upon all men, for that all have sinned:
Romans 6:23  For the wages of sin is death; but the gift of God is eternal life through Jesus Christ our Lord.
John 3:16-18  For God so loved the world, that he gave his only begotten Son, that whosoever believeth in him should not perish, but have everlasting life.  (17)  For God sent not his Son into the world to condemn the world; but that the world through him might be saved.  (18)  He that believeth on him is not condemned: but he that believeth not is condemned already, because he hath not believed in the name of the only begotten Son of God.

Predestination is only found in two portions of Scripture.  Romans 8, and Ephesians 1.